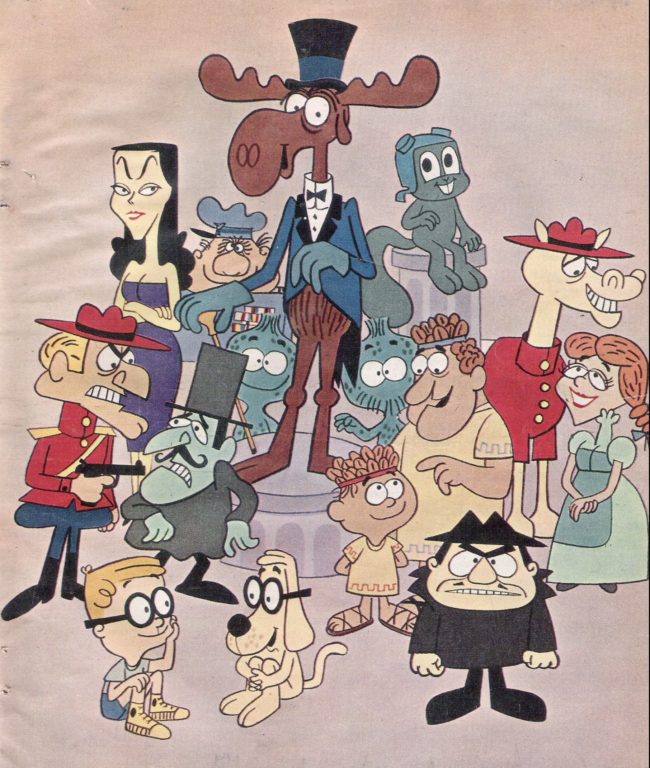 BREAKING FAKE NEWS…Special Counsel Robert Mueller has issued indictments with a direct connection to his central mandate: a conspiracy by Russia to interfere with the 2016 election. Working closely with Canadian Law Enforcement Chief Dudley Do-Right of the Mounties, Mueller indicted two Russian spies— Boris Badenov and Natasha Fatale who answered directly to their Fearless Leader. Also named in the indictment was Rocket “Rocky” J. Squirrel, a flying squirrel, and his best friend Bullwinkle J. Moose both from Frostbite Falls, Minnesota.

Chief Do-Right stated that the case broke when he flipped another member of the dastardly team, Snidely Whiplash into testifying against the others. Do-Right said, “During the interrogation Whiplash became very “animated”. That’s when I knew he was mine.”

Special Counsel Mueller indicated that there would be more indictments coming soon, “We have evidence of a dog named Mister Peabody who has a pet boy named Sherman and both were involved with a time travel machine called, the “WABAC machine.” This episode smells like a Fractured Fairy Tale.”

“The whole gang was led by a Deep State operative named, “Mr. Know-It-All” whose identity is still unknown.”